Last weekend, IBM Egypt in cooperation with ITI  and other parties organized a 4 days hackathon in the theme of applying big data technologies to solve national problems in Egypt. 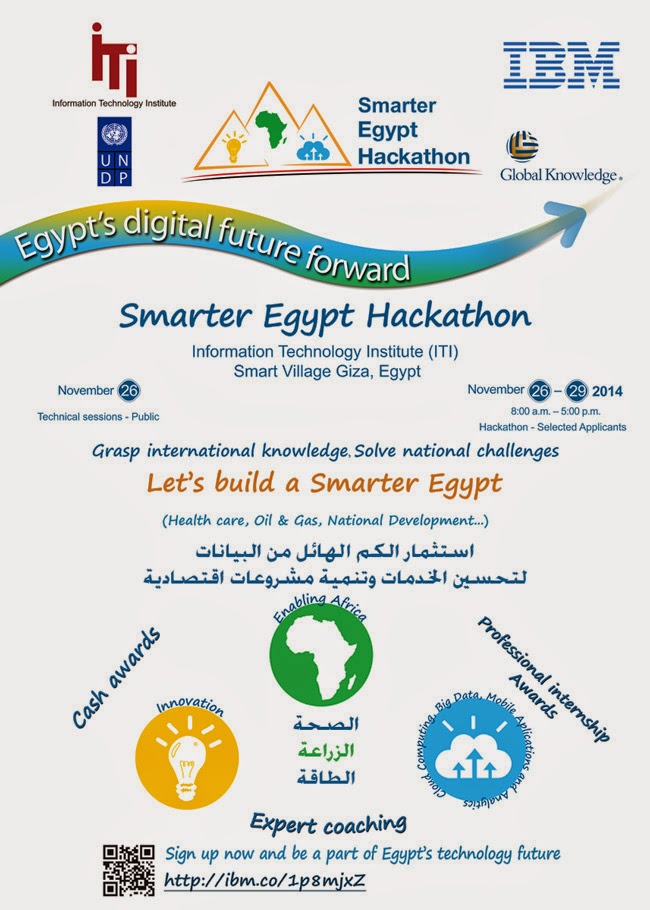 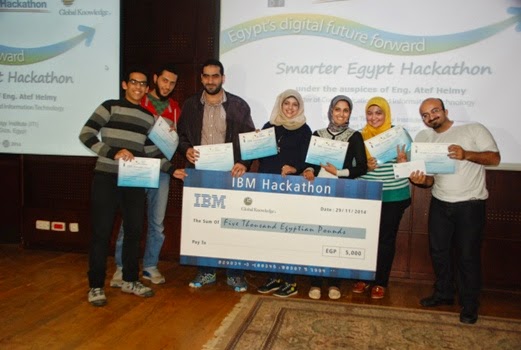 Overall, i'm highly satisfied and enthusiastic with the event. and looking forward for next steps from both the community and interested parties.
Posted by mahmoud at 6:37 AM No comments:

Few years ago, Facebook launched their "7 years look back" videos. where any Facebook user can go to https://www.facebook.com/lookback  to find a video generated for him, showing highlights over his historical activities and photos, beautifully animated along with a nice background music, and it went viral. everybody like to watch and share his highlights.

Nowadays, something more of that kind is up.  Facebook launched "Thank you" videos. Facebook users can visit https://www.facebook.com/thanks  with a list of friends on the side. Upon selecting a friend, a video will be generated with a wonderful theme and soundtrack showing highlights between you both. with generic thank you words. The content is usually photos where  are you both tagged in, or posts made by one of you where the other is tagged. Of course starting with your spouse by default :)

The wonderful part is that you can go through the list, and see highlights of you and different people. which eventually you would love to share with some of them.   even with those friends with not much interaction. facebook stays abstract and short, instead of making assumptions and looking stupid.  well done at that part.

Try it now https://www.facebook.com/thanks
Posted by mahmoud at 1:51 AM No comments:

I couldn't find a clear quick intro on getting siege and bombard in action, so I'm writing one here. 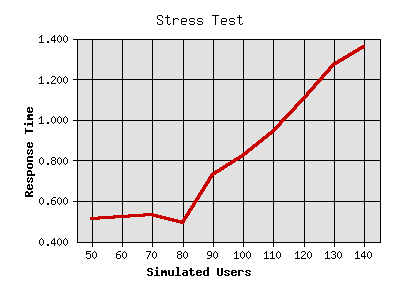 Linode finally back to the new baseline of VPS Hosting

SSD Storage will allow much faster operations for both setup operations, compilation and ongoing running services.

And the new memory upgrade is considered a drop in the pricing to the half, since people can now use the same server Ram with half the price they used to pay.

The smallest Instance offered by linode is now the 2GB Instance with $20/mo as stated in their pricing list:


This is considered a good Getting Back in Track  for linode.  both offering has been there from DigitalOcean for more than 15 months. Causing lots of users to test waters with it and others to actually migrate to digital ocean.

Now the cost of the 2G Instance and larger instances is now the same for both hosting providers.
However, Digital Ocean still offers smaller setup starting from 512MB Server for $5/mo  which can be more suitable for lots of users.  Digital Ocean offering since the beginning of 2013 and still today:

Linode, however still have an edge for better processor offering in some of the package, and is still known for their reliable support.

Posted by mahmoud at 8:47 PM No comments:

github.com allows you to activate some service hooks on your code repository. Hooks include lots of interesting functionality like posting email notification about commits among others.
At eSpace, we use github.com as our code repository, and redmine as our project management tool and issue tracking. We wanted commits to reflect automatically in the project management tool, which will keep the whole team feeling the progress directly.
All service hooks are open source, you'll need to add them to https://github.com/github/github-services by

A service already existed for redmine to cover the following need:
For code browsing to work well in redmine, it was found that the best way to do it with git, is to let redmine watch a local clone of the repo... upon pushing new commits to github, the service hook is used to trigger pulling those updates to the local repo on redmine server so the code seen through redmine remains updated.

Great thanks to @basayel for helping me out in this. We modified the redmine service in github to add another different functionality.
When a team member pushes a commit that includes "Fixing #1234", we wanted an update to be made to issue #1234 on redmine about that commit. so we can easily from redmine reach commits that are related to the feature or bug fix

To make the issue updater active, you need to be the admin of the repo on github
Notes:

The related pull request pull request: https://github.com/github/github-services/pull/374 has been merged on September 2012 and has been working well since then
We had an issue when working with redmine instances that run over https

Posted by mahmoud at 1:34 AM No comments: